The defensive end played in five games and finished with three tackles, two being solo tackles, and two sacks.

The Raiders drafted Koonce out of the University of Buffalo in the third round with the 79th overall pick of the 2021 NFL Draft.

Koonce and the Raiders will open their preseason on Thursday, Aug. 4 in the Hall of Fame Game on NBC against Cardinal Spellman graduate Chris Manhertz and the Jacksonville Jaguars.

Las Vegas will begin its regular season on Sept. 11 in Los Angeles against the Chargers.

For his career, the 30 year old has 17 catches for 202 yards and two touchdowns.

Manhertz played basketball at Canisius College in Buffalo and was offered a tryout by the Buffalo Bills following his collegiate career. After the Bills released him, he was on the practice squad for the New Orleans Saints in 2015 and was in uniform for three games in 2016 before being released.

The Carolina Panthers claimed him off waivers from the Saints and he played five seasons with the Panthers.

Jacksonville will open its preseason against the Las Vegas Raiders in the Hall of Fame Game on Thursday, Aug. 4 at 8 p.m. on NBC. The Jaguars will begin their regular season against the Washington Commanders on Sunday, Sept. 11.

The Jaguars will host the Giants on Oct. 23 on FOX and will play the Jets at MetLife Stadium on Thursday, Dec. 22, a game being televised by Amazon Prime. 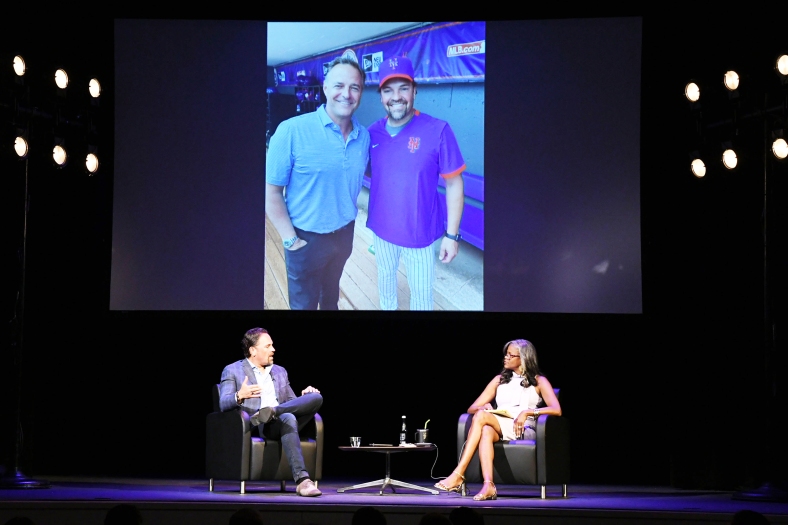 Former Mets catcher and National Baseball Hall of Famer Mike Piazza spoke about his faith, his family and his baseball career at the Sheen Center in Manhattan on Tuesday.

Read here what Piazza had to say about his faith, family, the Subway Series and his home run against the Braves in 2001 in this Catholic New York/cny.org exclusive story. 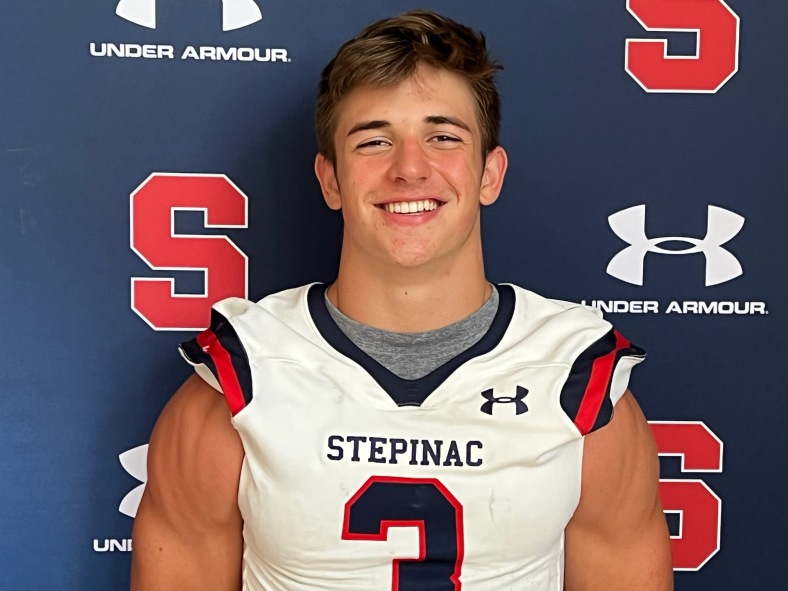 Archbishop Stepinac High School senior defensive back Jack Donahoe announced this afternoon on Twitter that he will play collegiate football at Harvard.

Donahoe has a 101 average and is in the academy honors program at Stepinac. He also is a member of the Stepinac Lacrosse and track and field programs.

Harvard, which finished the 2021 season at 8-2 overall and 5-2 in the Ivy League, will open its 2022 campaign by hosting Merrimack on Friday, Sept. 16. The Crimson will begin Ivy League play at Brown on Sept. 24. 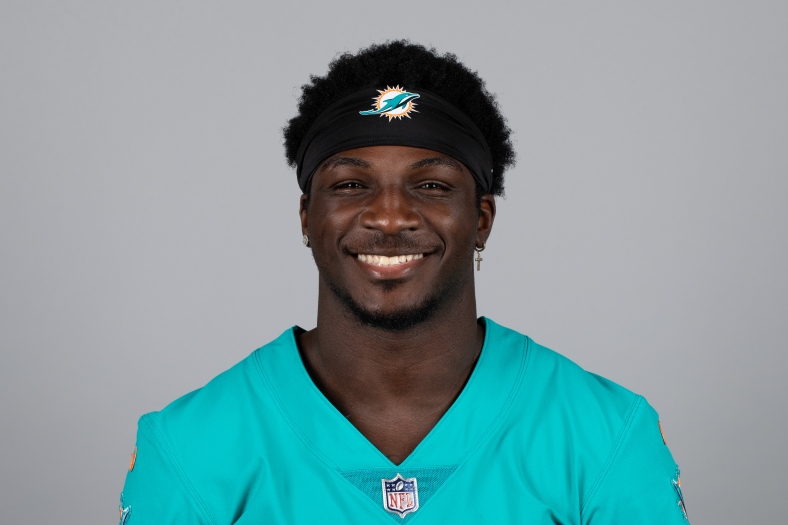 Archbishop Stepinac High School graduate Trill Williams will report to his second training camp with the Miami Dolphins on Tuesday.

The Dolphins will open their 2022 preseason at the Tampa Bay Buccaneers on Saturday, Aug. 13.

Williams played in one game, dressed and did not play in four games, and was inactive for 12 games in 2021. In his one game against the New England Patriots on Jan. 9, he did not record any stats in his NFL debut.

The cornerback was signed as an undrafted free agent and released three days later by the New Orleans Saints in May 2021. The Dolphins signed him three days after his release from the Saints.

At Stepinac, Williams played cornerback, wide receiver and running back. As a senior, he earned first-team all-state honors from the New York State Sportswriters Association after helping Stepinac win the 2017 Catholic school state championship. He finished with 46 tackles, five interceptions and 19 passes defensed. On offense, he had 317 rushing yards, 217 receiving yards and 11 touchdowns.

Williams played three seasons at Syracuse University before declaring himself eligible for the 2021 NFL Draft.

Archbishop Stepinac High School graduate Gavin Heslop signed with the New York Giants and will be in training camp with the team on July 27.

The Giants open their preseason at the New England Patriots on Aug. 11.

The six-foot, 197-pound defensive back played three games for the Seattle Seahawks in 2021 before suffering a season-ending leg injury. He participated in four defensive and 30 special teams snaps, finishing with a special teams tackle.

Heslop signed with Seahawks as an undrafted rookie free agent in 2020 out of Stony Brook University and was on the team’s practice squad. He was on the active roster for one game against the Miami Dolphins but did not play.

Heslop started 37 consecutive games at Stony Brook and finished with 138 tackles, 21 tackles for a loss and a pair of fumble returns for touchdowns. He received third-team All-CAA football honors as a senior captain after having 52 tackles, 8.5 tackles for a loss, 1.5 sacks, two blocked kicks, three forced fumbles and three fumble recoveries. 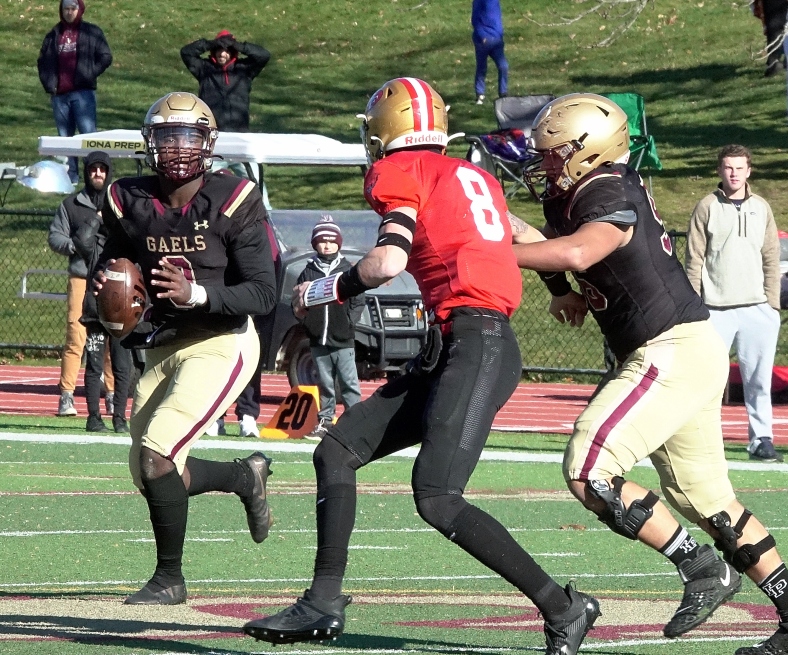 Iona Prep will face a challenging regular-season schedule as it looks to defend its CHSAA state championship in 2022.

The Gaels, who open the season with four road games, will face two state finalists as well as its Catholic High School Football League rivals and state powers to start its season.

Iona Prep opens its season on Sept. 3 in Akron, Ohio, against Ohio state finalist Archbishop Hoban. A week later, the Gaels are in the Bronx to play Cardinal Hayes for their league opener.

The Gaels host rival and perennial state power Archbishop Stepinac on Oct. 8. Iona Prep closes out the season with league games against Kellenberg Memorial on Oct. 15, at Msgr. Farrell on Oct. 22 and versus Chaminade on Oct. 29.

The Gaels defeated Msgr. Farrell for the 2021 league championship and a berth in the state title game. 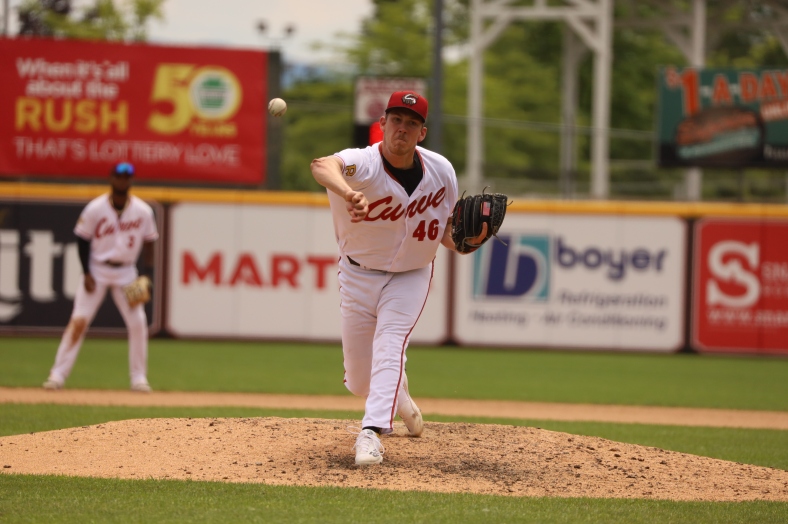 Case has not surrendered a run over five innings in his last two appearances for the Altoona Curve, the Class AA affiliate of the Pittsburgh Pirates. He allowed one hit, no walks and struck out five in the two outings against the Richmond Flying Squirrels, earning the win for three shutout innings in the second appearance.

Prior to these two outings, Case gave up six earned runs over four innings against the Akron RubberDucks.

Case was a 17th-round pick of the Pirates in the 2018 Major League Baseball Draft.

Gary Gill-Hill was selected by the Tampa Bay Rays in the sixth round of the 2022 Major League Baseball Draft on Monday.

Gill-Hill was one of only two players from New York selected in the first 10 rounds of the draft. Michael Kennedy, who just graduated from Troy High School, was picked in the fourth by the Pittsburgh Pirates.

The Fordham Prep graduate shot a 7-under 65 in the final round of The Open Championship on Sunday to finish at 19 under for the four-day tournament at St. Andrews in Scotland.

Cameron Smith finished at 8 under Sunday and 20 under over four days to win the tournament.

The Open Championship is one of the four major championship tournaments on the PGA Tour.

“I think I gave myself a really nice chance, frustrating to come up short, but overall I think I had a really good week, and I think I hung in there really well today,” said Young, a Scarborough resident in Westchester County in the press conference following the tournament.

“I played really well today and I would have signed up for 65 this morning and to watch Cameron shoot what he did was pretty amazing.”

Young and Smith were tied entering Sunday’s final round, and trailed leaders Rory McIlroy and Viktor Hovland by four strokes. Young and Smith took over the tournament spotlight on the back nine where Young shot 5 under and Smith finished 6 under.

“I had a front row seat to I’m sure one of the better rounds that’s been played this year,” said Young.

Young, 25, shot under par in all four rounds of the open, including a 64 to lead the tournament after the first day.

Young, who placed second for the fourth time in his young PGA career, earned $1.455 million for placing second at The Open Championship.