It appears as if the start of high-risk high school winter sports will be delayed again in New York State due to the COVID-19 pandemic.

The following is a statement from Dr. Robert Zayas, executive director for the New York State Public High School Athletic Association on Wednesday via his Twitter account:

“At this time there is no definitive timeline for authorization of high risk sports to resume competition. We’ll continue working with state officials & our member schools to determine when it is safe to compete. Low/ moderate sports can begin as previously authorized by the state.”

Iowa was ranked third in the nation before losing to No. 1 Gonzaga in a nationally televised game. The Hawkeyes are 7-2 overall, following a 102-95 loss to Minnesota on Christmas. 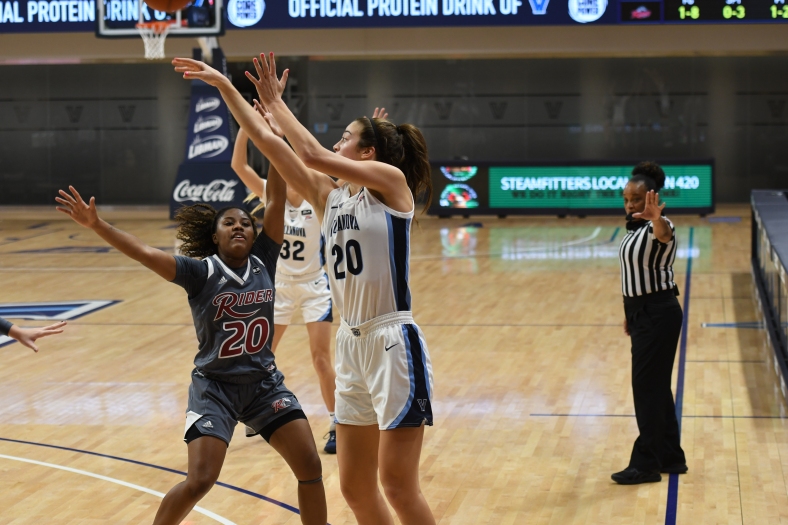 Our Lady of Lourdes High School graduate Maddy Siegrist was named the Big East Women’s Basketball Player of the Week for the third time this season after finishing with 34 points, 19 rebounds, three assists and three blocks in Villanova University’s win over Creighton.

Fifteen of her 34 points came in the third quarter and her 19 rebounds were a career high. The double-double was her sixth of the season, which leads the Big East.

The sophomore forward and 2019-2020 Big East Rookie of the Year also leads the conference with her 24.4 points per game. 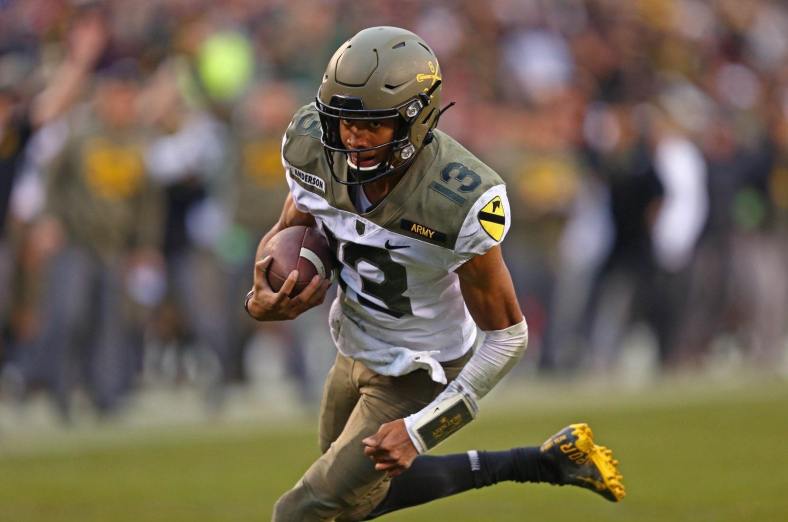 Christian Anderson made a lasting impression with the regular season coming to a close as he came off the bench to lead the Army football team on its game-winning drive in a 10-7 victory over Air Force at Michie Stadium in West Point on Saturday.

The victory secured the Commander-In-Chief’s Trophy for Army (9-2 overall).

Anderson, a graduate of Cardinal Hayes High School in the Bronx, entered the game in the first half after Tyhier Tyler was injured.

Army trailed, 7-3, when Anderson led the team on a 16-play, 80-yard touchdown drive with Jakobi Buchanan scoring on a 1-yard run on fourth down with 1 minute, 13 seconds remaining.

“It was really emotional after the game – I struggled to keep those emotions back, I feel like it’s just been a tough year for everybody and the way we won that game, it’s just really hard to describe the feeling that I felt after the game,” Anderson said in the postgame press conference. “I am just really proud of the whole team and how we bounced back on that last drive, it was a really magical experience.”

Army was scheduled to play in the Independence Bowl, but the game was cancelled Sunday after a number of college football programs opted out of playing in a bowl game. ESPN.com reported Monday Army may be an option to play West Virginia in the Liberty Bowl on Dec. 31 after Tennessee pulled out due to COVID-19 issues. 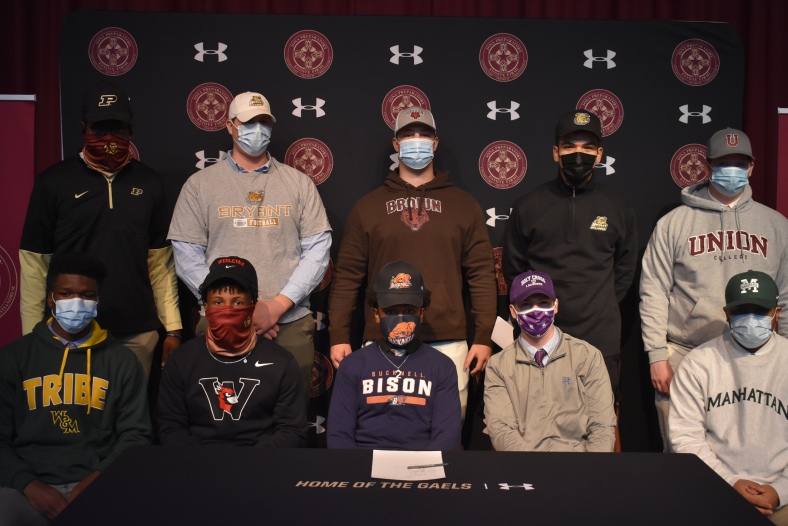 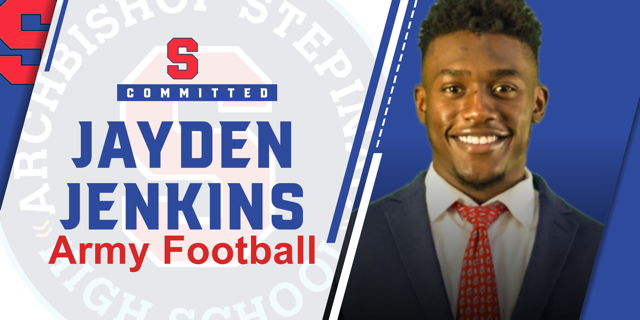 Jenkins, a running back, was a three-year starter on offense and defense for the Crusaders. 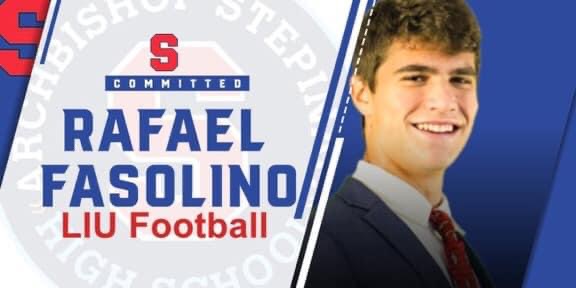 LIU is an NCAA Division I program competing in the Northeast Conerence.

Fasolino, a Bronx resident and defensive back, was one of 10 players to sign with LIU during the recent signing period. 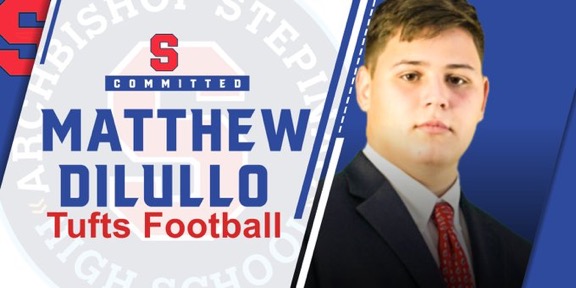 The university located in Massachusetts is a NCAA Division III program that finished 4-5 overall in 2019. 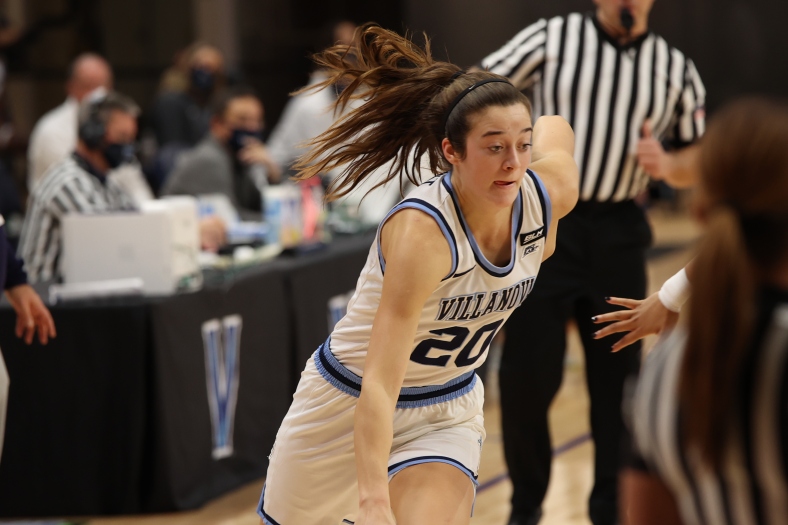 Our Lady of Lourdes High School graduate Maddy Siegrist was named Philadelphia Big 5 Player of the Week on Monday after averaging 21.0 points and 11.0 rebounds in two wins.

The Villanova University sophomore forward had 31 points, 13 rebounds, five assists, two steals and one block in a victory over La Salle, and 11 points and nine rebounds in a win over Drexel.

For the season, Siegrist is averaging 22.8 points and 11.5 rebounds in six games.

Villanova (6-0) travels to Providence for a Big East Conference game on Wednesday.